Author of 10 monographs and more than 900 scientific papers in Italian and international journals; lecturer on matters concerning vascular surgery at more than 300 national and international congresses.
• Scientific coordinator of the Vascular Update Journal which concerns the regular updating of international literature in the fields of Vascular and Endovascular Surgery.
• Board member of the Société de Chirurgie Vasculaire de Langue Française as delegate of the foreign fellows of the Society for 2007-10 and re-elected for 2010-13.
• President elected of the French Society of Vascular Surgery for the year 2013.
• President of the Italian Society of Vascular and Endovascular Surgery for the year 2015
Research areas
• Currently involved in the sector concerning the problems of surgery in the thoracic abdominal aorta region. His skills in this sector have led to him being called to be a member of the Committee to define the Guidelines for Thoracic-Abdominal Surgery of the Aorta of the Italian Society of Vascular Surgery.
• Another sector in which he is involved is the endovascular and “hybrid” treatment of diseases that involve the aortic arch, the descending thoracic aorta and the thoracic-abdominal aorta.
• Another research area where he is involved is that concerning the treatment of extra-cranial carotid lesions. Over 8000 carotid interventions up to 2007 have been carried out.
• Another sector of research always within the extra-cranial carotid lesions is the mini-invasive endovascular treatment of stenotic carotid artery with stents and anti-embolic systems for cerebral protection. 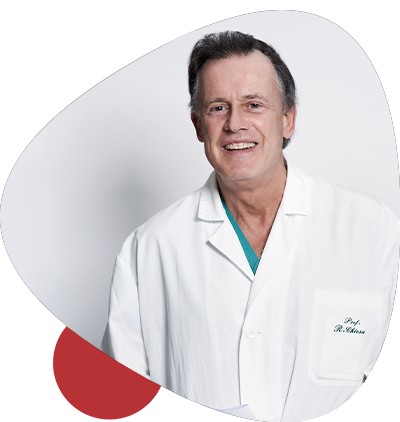