Professor Gilles Dreyfus obtained his medical degree at the University of Paris in 1978.
During his medical training he worked in a number of hospitals in France including the Marie Lannelongue Hospital, the Foch Hospital and the Broussais Hospital, where he became Consultant in 1987.
He worked for nearly 10 years with Professor Alain CARPENTIER, along with him he developed a Heart transplantation and LVAD program as well as mitral valve repair expertise.
He became Professor of Cardiovascular Surgery in 1989 in Paris University.
He moved from Broussais Hospital to Foch Hospital, where he became Chief in 1995.
He published new techniques for mitral valve repair (papillary muscle repositioning) and used extensively LVAD as bridge to transplantation.
Professor Sir Magdi Yacoub asked Professor Dreyfus to join him in 2000 and Professor Dreyfus moved in 2001 as Consultant in the Department of Cardiothoracic Surgery at The Royal Brompton Hospital and Harefield NHS Trust in London and became as well Professor of Cardio-Thoracic Surgery at Imperial College London School of Medicine, NHLI (with a Chair). He also was Director of Transplantation and Director of Surgery for many years. He developed further mitral and tricuspid expertise along with publications as well as heart failure surgery.
Professor Vincent DOR asked him to take over in 2010 at Monaco.
He was Medical Director at the Monaco Cardio Thoracic Centre, from 2010 until 2018. His main clinical interest in Adult Cardiac Surgery concerns valve repairs mostly mitral and tricuspid. He also has expertise in aortic valve sparing and aortic arch surgery. Heart Failure Surgery with LVAD as destination therapy using the Jarvik 2000 was also a common practice. 600 mitral valve repairs have been performed since 2010. Acquisition of a Robot da Vinci Xi; many cases performed since 2016.
Since November 2018 , Professor of Cardiac Surgery at Institut Mutualiste Montsouris , Paris , France ; he performs mostly mitral valve repairs and HOCM surgery
He also teaches since 18 years valve repair surgery, in a course named Master of Valve
Repair regularly held in London and then in Monaco. He also has an active role the Mitral Conclave held every other year in New York by Dr D.Adams since its beginning and sits on the Program Committee .
He also attends as speaker most of major International Meetings such as; AATS, EACTS, ESC, Mitral Conclave, ACC. He publishes on a regular basis in scientific journals such as The Journal of Thoracic and Cardiovascular Surgery and in 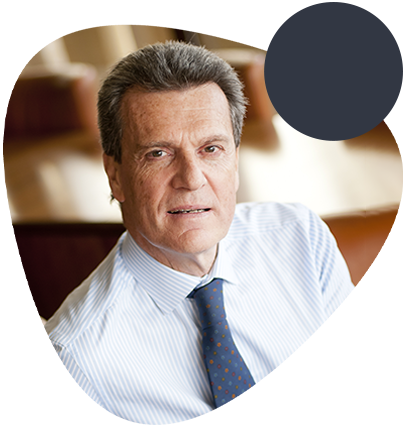