Eugenio Neri was born in Siena on November 1, 1963; after his graduation at Medical School-University of Bologna and postdoctoral Graduation in Cardiac Surgery at University of Siena, he spends two years in France as a clinical fellow, in Thoracic and Cardiovascular Surgery in Caen University Hospital. During this period matures his interest in thoracic aortic surgery and has since dedicated his clinical and research practice to aortic pathology and especially to aortic dissection and arch surgery.
In late 90s he publishes the first clinical series about axillary artery cannulation in acute dissection. In his professional and educational path he was especially interested to problems of residual dissection in patients survided to initial operations: in this context he conceives and designs a prosthesis for the replacement of the aortic arch with the Elephant technique, that he will give the name of Siena in honor of his city, where he currently works and teaches. Married to Carla, father of Achille and Emma, in recent years ​​he took an active part in the administrative life of his city as a candidate for mayor and city councilor. As hobby he cultivates his passion to sail and build traditional wooden boats 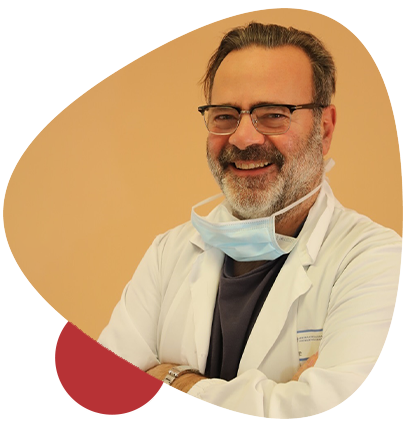